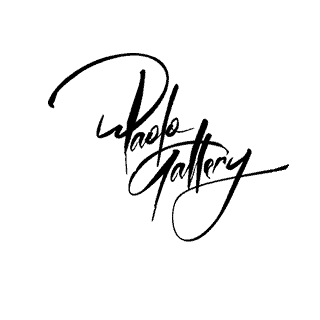 We give special attention to your paintings on canvas to make sure it will be exceptional. Our beautiful reproductions of William-Adolphe Bouguereau artworks are of the best quality money can buy, and are works of art that you will be able to keep for ages to come.

Our philosophy is to focus on a strict follow-up of the art processing to ensure your satisfaction. We aim to increase our customer base and maintain customer loyalty through confidence in our products and a continued high quality of service.

Bouguereau Orestes Pursued By The Furies

If you can't find what you're looking for, ask us here!

Our high quality oil painting replicas are hand-painted on the best canvas with top-quality pigments. Oil painting reproductions are used for interior design to embelish your home, or your place of business.

Our reproductions are of the highest quality available on the market. Only senior artists with more than 20 years of experience are working on your painting, top-of-the-line paint and canvases are used. Try the difference; you'll never order anywhere else after that. For the discerning art connoisseur, 100 percent satisfaction is guaranteed.

Very few modern artists have had such a disparity between their critical and economic fortunes during and after their lives. To the art-buying bourgeoisie of his time, William-Adolphe Bouguereau was one of the world's most well-recognized and commercially successful Neoclassical painters. He also was a well regarded and beloved instructor. Responding to an insatiable public, he painted a staggering number of religious and mythical tableaux, classical nudists, and Naturalist-influenced scenes of simple country life (he once declared that "every minute of mine costs 100 Francs"). When academic painting fell out of favor with art historians and critics in the decades after his death, his image was tarnished, and he was relegated to the role of establishment hustler, peddling lifeless nudes and pietàs to a trusting middle-brow audience. With the benefit of hindsight, we can see that the second narrative is unjust: a brilliantly talented draftsman capable of stunning figurative paintings, Bouguereau's tastes were simply more traditional and his approach to his career more acquisitive and pragmatic than those of his avant-garde peers.

As an artist, Bouguereau has the unique distinction of being mostly known for his conflicts with other avant-garde movements of the late nineteenth century, such as the Impressionists. The lack of technical perfection irked him, and they disliked Bouguereau's fussy, exacting style. According to the artist's own words, "If you're asking about the Impressionists or Pointillists or such groups, sorry. I don't see things the way they do "is a good example of this. Louis de Fourcaud, a Naturalist critic, opined that "Bouguereau is always the victim of his ambition to improve on nature" in his observations.

Bouguereau was a key character in the Neoclassical painter's late generation, which included artists like Alexandre Cabanel and Jean-Louis-Ernest Meissonier, who worked from the 1850s until the 1890s. When it comes to artistic accomplishment, these artists were significantly more successful than Impressionists and other experimental movements of the time. For example, Bouguereau is well-known for his technical mastery of the classical nude, among other things.

Contrary to popular belief, Bouguereau was a revered and, by all accounts, an affable and inspiring teacher, whose most lasting cultural contribution was his unwavering support for the Académie Julian's instruction of female art students. Bouguereau was regarded as "always gentle, always fair, never saying things he did not really mean [...] it was a pleasure as well as a privilege to listen to him" by a former student, the American painter Edmund Wuerpel (1866-1958).

Read a biography of William-Adolphe Bouguereau